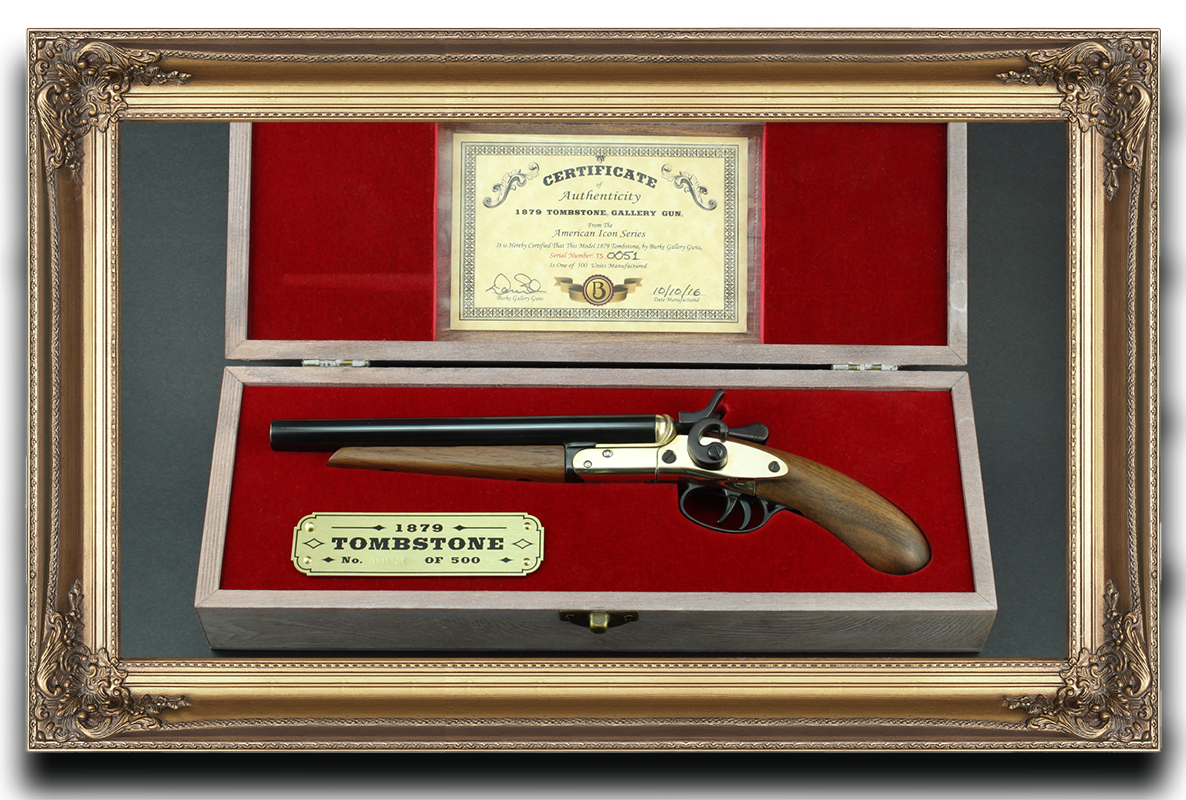 The 1879 Tombstone Gallery Gun pays homage to the iconic double-barrel, exposed hammer Shotguns, popular throughout Europe and North America during the latter half of the 19th century. 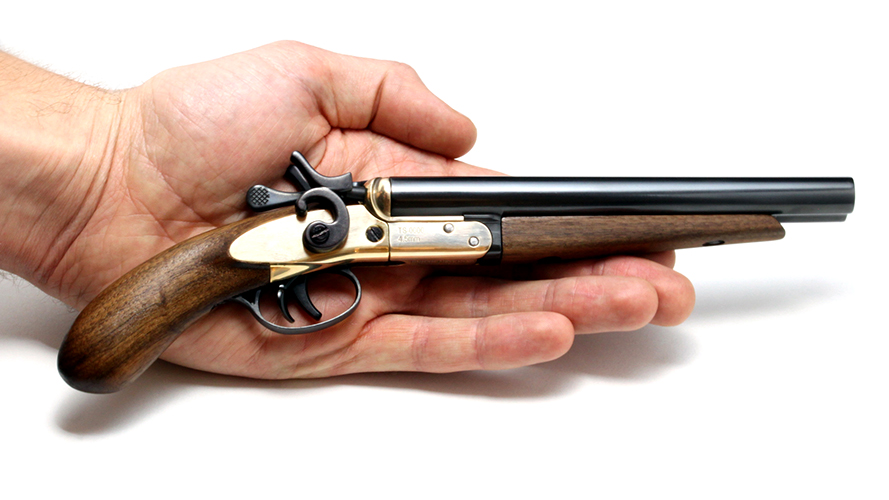 The Double-Barrel saw action (in muzzle-loading form) with the Cavalry during the American Civil War, and later evolved into a 'break-barrel' design that chambered Shot-Shells of varying gauges (calibers).

Although designed originally for hunting fowl and other small game, the Double-Barrel became valued by Lawmen as well as Outlaws for its' ability to spread 2 lethal doses of lead shot over a wide area.

Adding in no small part to its' fame as a 'Street Howitzer', was Wells Fargo's use of Double-Barrels for protection on their Stage Coaches. Carrying the gun by a guard seated next to the driver, became known as 'riding shotgun'. The guns themselves became known as 'Coach guns'. 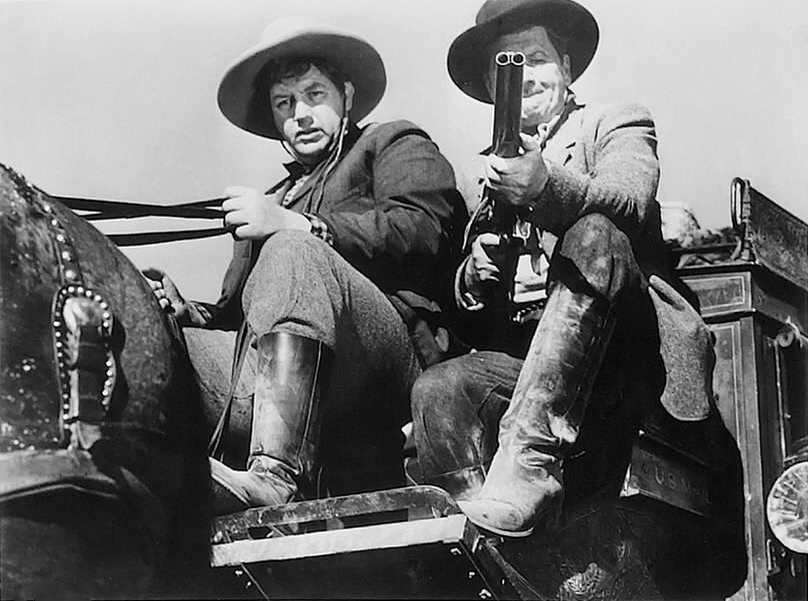 Sawing off the rather lengthy barrels to under 12 inches, and cutting down the rear stock to a tidy pistol grip, gave early Saloon-Keepers and Bank-Tellers an easily concealed 'deterrent' for use against unruly customers.


A Marvel of Engineering...

Designing and engineering a full-size firearm is a difficult proposition at best.

Producing a miniature copy of the same weapon however, is far more daunting, especially if the intent is to create a functioning, firing model.

Our 1879 Tombstone Gallery Gun was designed from the outset to capture many of the intriguing features and functions that typify the 19th century Double-Barrel Shotgun.

From the gracefully tapered barrels, to the authentic 'break-barrel action', the 1879 Tombstone definitely looks the part! 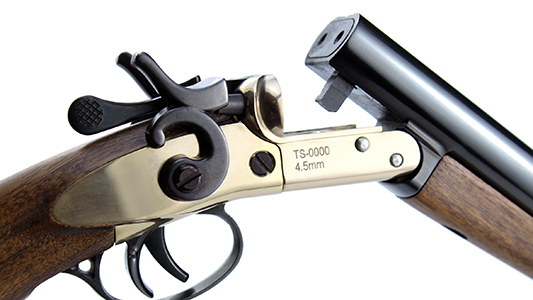 Dual position hammers and double-set triggers let you know that this isn't just a cool desk model...This one works!

As a true 'Gallery Gun', the 1879 Tombstone was designed to be a small-caliber, indoor / outdoor 'plinking' or 'target' gun...inexpensive and fun to shoot.

The 1879 Tombstone shoots 4.5mm standard, off-the-shelf, steel BBs, and uses #10 Black-Powder Percussion Caps as the only propellant. This combination yields velocities of 350-450 feet per second (FPS).

We wanted our Gallery Guns to be of the highest quality...that's why we create all of our parts by CNC machining...not casting.

The 1879 Tombstone's barrels are machined from a single block of steel, the receiver and side plates, from solid blocks of brass. When finished, all the steel parts are heat-treated, hand-polished, and finally gun-blued for protection. The front forearm and rear grip stock start as slabs of select American Black Walnut, then are CNC machined for a precision fit. Each piece is sanded, finished, and polished by hand prior to assembly.

Finally, all of the finished components are hand-fitted, assembled, and tested by a single individual...very much how it was done back in the 1800's!

We think our 1879 Tombstone Gallery Guns are pretty cool...so we build them to last for generations!

ALL MODELS
Connect with us!